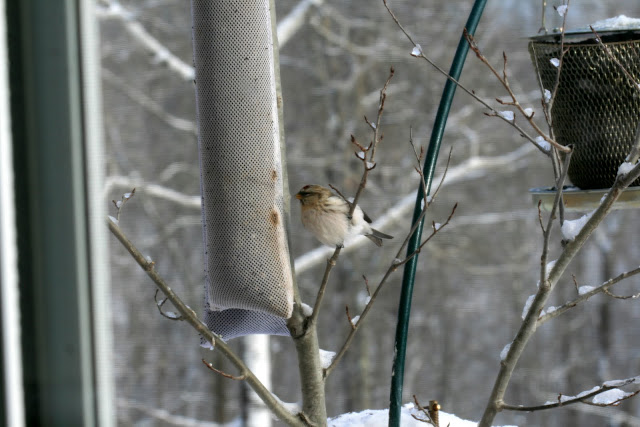 Last Sunday when Art and I made our trip up to Hasty, and the flock of Repolls descended on the feeders, I was so happy to see these little finches. I noticed one fluffy bird tucked down in the bare brush. It was on the slope down to the creek, out of the wind and facing into the sun. It caught my attention because it was so fluffed up and didn't come up to feed with the rest of the Redpolls. For nearly two hours I kept an eye on the bird. When I got my binoculars on the bird I noticed that it was a bit whiter than the others. I had a flash of excitement at the thought that it might be a Hoary Redpoll.
The little bird in question finally flew up to the feeders on the second story balcony and I sot to check out the field marks. The photo above was taken through a window screen but shows the white, unstreaked undertail coverts. 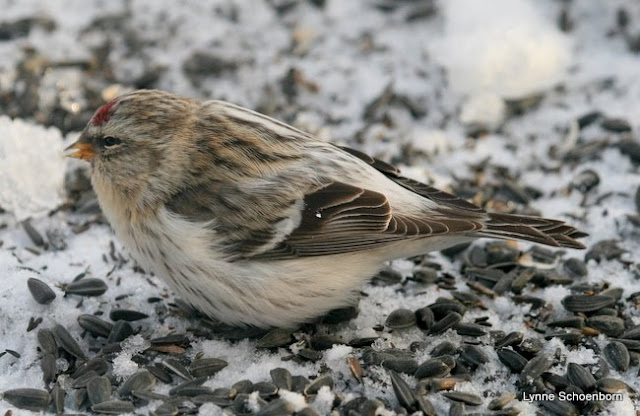 This photo shows the shorter, "stubby" beak, giving the face a pushed in appearance. It also shows the finer, fainter steaking on the flanks. 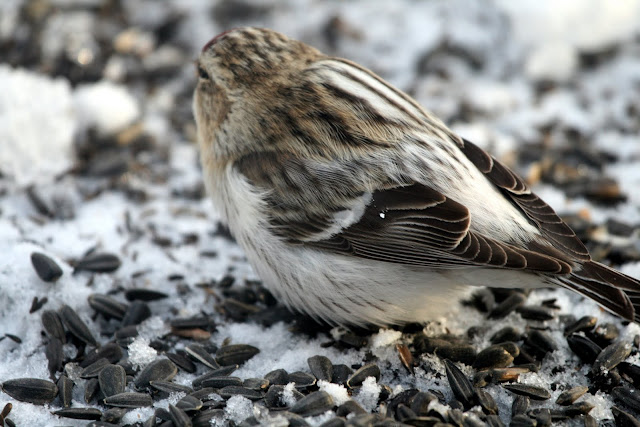 Another field mark is the clear, white rump. 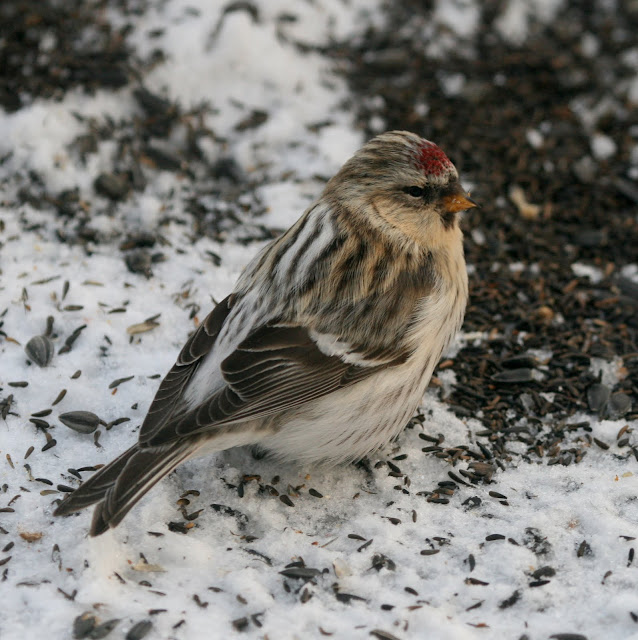 I love this one. It's as if she knows she's being photographed and knows just how lovely she is.
I felt pretty sure I had a Hoary Redpoll identified, but I'd only seen one twice before and those times had had them pointed out to me so I sent my photos off to my birding mentor
Hap in New Hope. He confirmed it! Richard sent me photos and information from the Stokes Guide too.
Many birders go for years hoping to see a Hoary Redpoll and now I got to add it to my
Hasty Brook yard list.
That's just another reason that I know how lucky we are to have such a special place.
Posted by Lynne at Hasty Brook at 3:50 PM

Learning what to look for, just in case we get lucky also.
Beautiful bird

Yes,you are very lucky.This is arch a cute bird.
Ruth

You indeed have a wonderfully special place - and your photos are really good of that little guy.

Lynne, I just knew you'd have a hoary among them all!!! I have looked and watched and studied the redpolls when they come for several winters, I've traveled to other birder's feeders, and I've yet to positively identify one. Good for you!! Your photos are exquisite. ~karen

What a super sweet bird!! I am so happy for you...to discover a new bird at your feeders :-))

How exciting Lynne! Wow! Lucky you!

Congratulations - what a beautiful bird and how lucky you are to count it as a yard bird. Hasty Brook is magical.

Oh Lynne, it is so cute but it looks like an aging siskin with a red hat! Has it joined the birdy version of the RED Hat Club? Ha! Just having fun. What a cutie and you are sooooooo lucky! I have only seen redpolls a few times in Maine when i lived there over 6 years ago. Still hoping to see some here but so far no luck!

You were very observant and your pictures are terrific. We had lots of Redpolls 2 winters ago, but no hint of them again this year.

Congrats, Lynne. Those are superb close-up shots of the Hoary RP. Lucky you! It's so rare to get to see one. I envy you.

Wow! Congatulations! What a well behaved redpoll.There is a lot of talk about tring to find the Hoary Redpolls when they come to Conecticut on certain winters and from what I've read they can be very difficult to identify.Thanks for the identification details and great photos!

Beautiful photographs. We're too far south for either of them. Great detective work!

Jeez. I'll bet I could make an ID if I got such great pictures. Nah, I probably couldn't. Purty sweet, though.

Really loved seeing these close ups of a rare bird I've not seen before. What a great yard bird.

Congratulations!! How exciting! And you got some amazing captures!!

Great photos - lots of Hoary Redpolls showed up here in NW Ontario. I linked to your blog entry.

Such cute photos Lynne! We get the common redpoll in the winter and they are quite tame.

Wow..You have such wonderful birds in Hasty! I know you are there now, as I type this..hope you see lots of great birds in your freezing 12 degree weather..bet the birds appreciate you feeding them when it is so darn cold! get some bark butter..the birds love it!

Oh, that's wonderful! We've had one or two sightings of Redpolls (Common) here so far this winter, but I haven't gotten one yet. And a Hoary--that's great!

And if you talk to Hap anytime soon, tell him I miss him stopping by my blog!

Thanks for the kind words everybody!

blobbybirdman- thanks you and thanks for stopping by. 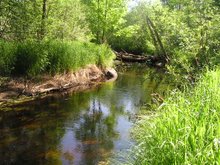